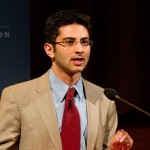 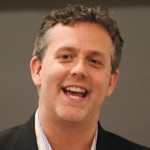 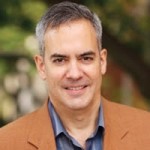 Join us this Wednesday, November 5th in McCosh 50 to hear Professor Stephen Macedo debate Sherif Girgis ’08 on this topic:

Resolved: The case for same-sex marriage has a rational limiting principle, and changing marriage law accordingly would strengthen the institution of marriage.

Doors open at 7:10pm. Latecomers will be admitted at the back of the room at suitable intervals. Books to be sold following the debate.

Sponsored by the Princeton Anscombe Society with the support of the Love and Fidelity Network, the Leadership Institute, the Alliance Defending Freedom, Christian Union, the Program in Gender and Sexuality Studies, the Office of Religious Life, and the USG Projects Board

During the "Debate over Marriage" held at Princeton University last December, an event sponsored by the Anscombe Society, the most important point to which opponents of the traditional definition of marriage could not respond was the following: redefining marriage as a purely emotional union necessitates the acceptance of any number of varying types of relationships as "marriages," including, most notably, polyamorous ones.

The response offered was neither moral nor philosophical in nature, but rather purely practical: polyamory is not a significant enough force in the United States to merit political recognition as marriage. This argument, already intellectually insignificant, has now been proven factually inaccurate by a recent feature in Newsweek. Indeed the author practically taunts traditionally-minded Americans with the complex structure of the particular polyamorous quartet profiled in the piece:

It’s enough to make any monogamist’s head spin. But the traditionalists had better get used to it.

The article goes on:

Researchers are just beginning to study the phenomenon, but the few who do estimate that openly polyamorous families in the United States number more than half a million, with thriving contingents in nearly every major city. Over the past year, books like Open, by journalist Jenny Block; Opening Up, by sex columnist Tristan Taormino [who will be speaking at Princeton this upcoming semester]; and an updated version of The Ethical Slut–widely considered the modern "poly" Bible–have helped publicize the concept. Today there are poly blogs and podcasts, local get-togethers, and an online polyamory magazine called Loving More with 15,000 regular readers.

Polyamory, then, is not a blip on the American cultural radar, but a social and sexual phenomenon. It is the fullest expression of the ideology of sexual libertinism that has taken root in this country, marked by radical autonomy in moral deliberation and decision-making. Polyamory throws into sharp relief one important aspect of this ideology: consent as the only moral touchstone in issues of sex and relationships. More on this after the jump: