About The Anscombe Society

The Anscombe Society is a student organization at Princeton University dedicated to affirming the importance of the family, marriage, and a proper understanding for the role of sex and sexuality. We aim to promote an environment that values the crucial role the intact, stable family plays in sustaining society; the definition of marriage as the exclusive, monogamous union of a man and a woman; its role as an institution which is necessary for the healthy family, and thus for a healthy society; a conception of feminism that encourages motherhood; and a chaste lifestyle which respects and appreciates human sexuality, relationships, and dignity. Therefore, we celebrate sex as unifying, beautiful, and joyful when shared in its proper context: that of marriage between a man and woman. The Anscombe Society is a proactive community that provides social support and a voice for those already committed to these values, and promotes intellectual engagement to further discussion and understanding of this ethic on Princeton’s campus and in the broader community. 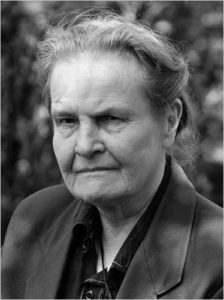 Why Anscombe?
Gertrude Elizabeth Margaret (G.E.M., or Elizabeth) Anscombe (1919-2001), a student and literary executor of Wittgenstein, was a British analytic philosopher — according to some, the 20th century’s greatest. Her 1957 book Intention, on the role of reasoning in human action, has become a modern classic; her penetrating analysis of traditional sexual ethics in a 1977 essay “Contraception and Chastity” displays the rigor of her moral reasoning and the vigor of her defense of family values. A highly regarded Cambridge professor, wife, and mother of seven, she was chosen as our namesake for her unabashed dedication to the life of the mind and to marriage and family in her life and work.